Denflex is opening the future with innovative technology.

It is a new concept of endopile designed to dramatically reduce tip fracture without reducing the cutting force and to facilitate removal of the fractured part as fracture occurs at the spring part located outside the root canal even if fracture occurs.

If the "fracture occurs at the tip", more than 95% of the cases, the failure to remove the fragment may increase the likelihood of a medical dispute. Existing products without a spring structure often fracture the tip of the cutting edge at the apical end during root canal treatment, and it is often difficult to remove it.It is not easy to prevent tip fracture as the operator cannot detect that the cutting edge is overloaded. In patients with poor mouth opening, both the patient and the surgeon have a hard time treating the posterior teeth. Due to the straightness of the file, a large amount of tooth removal is required. Since there is no structure to buffer the overload applied to the cutting edge, the possibility of tip fracture during repeated reuse increases significantly.

The load is distributed toward the spring, and in many cases, it is broken at the spring part above the root canal, making it easy to remove. The overload buffer effect of the spring reduces the breakage of the file, It is a safer endofile designed to occur break at the spring part rather than the cutting edge. in addition, If the file is overloaded, a characteristic feel and sound are generated during the winding and unwinding of the spring structure, which may practitioner notice overload. 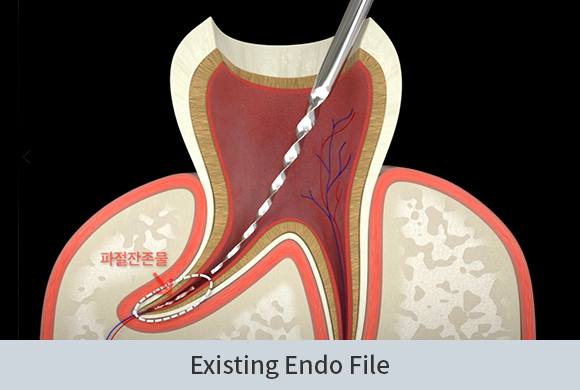 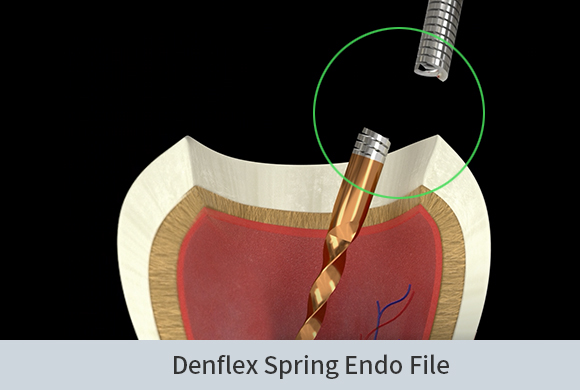 It is useful for the posterior part of patients who cannot open their mouth wide. Even if the root canal is bent away from the central axis of the tooth, excessive tooth removal is not necessary. 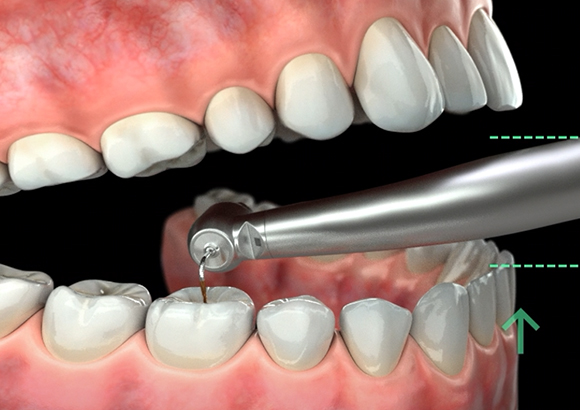 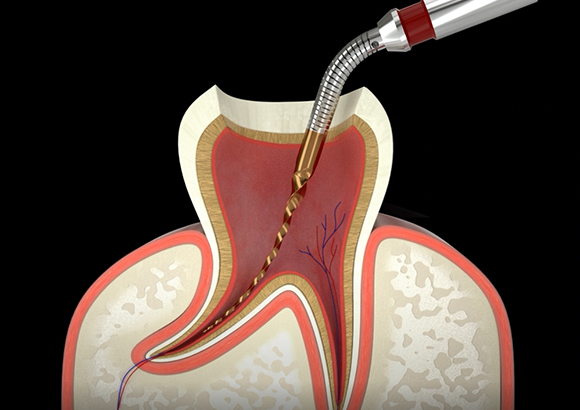 Micro-vibration of the spring increases the cutting power.

It improves cutting power by generating micro-vibration. Due to the micro-vibration, the screw-in phenomenon into the canal of the blade area is significantly reduced.

The spring structure buffers the overload applied to the file. 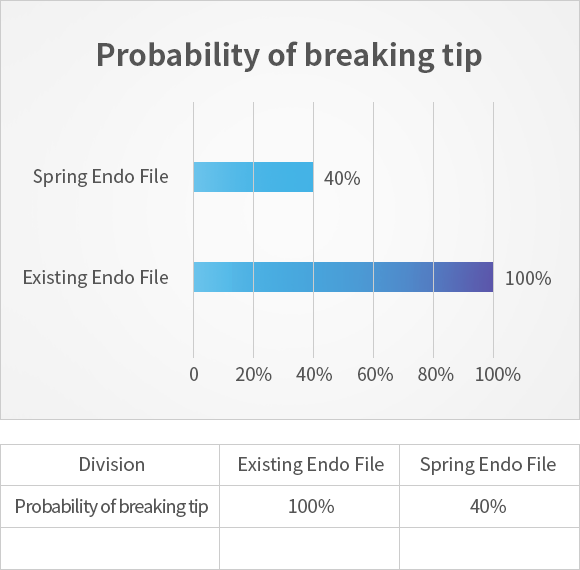 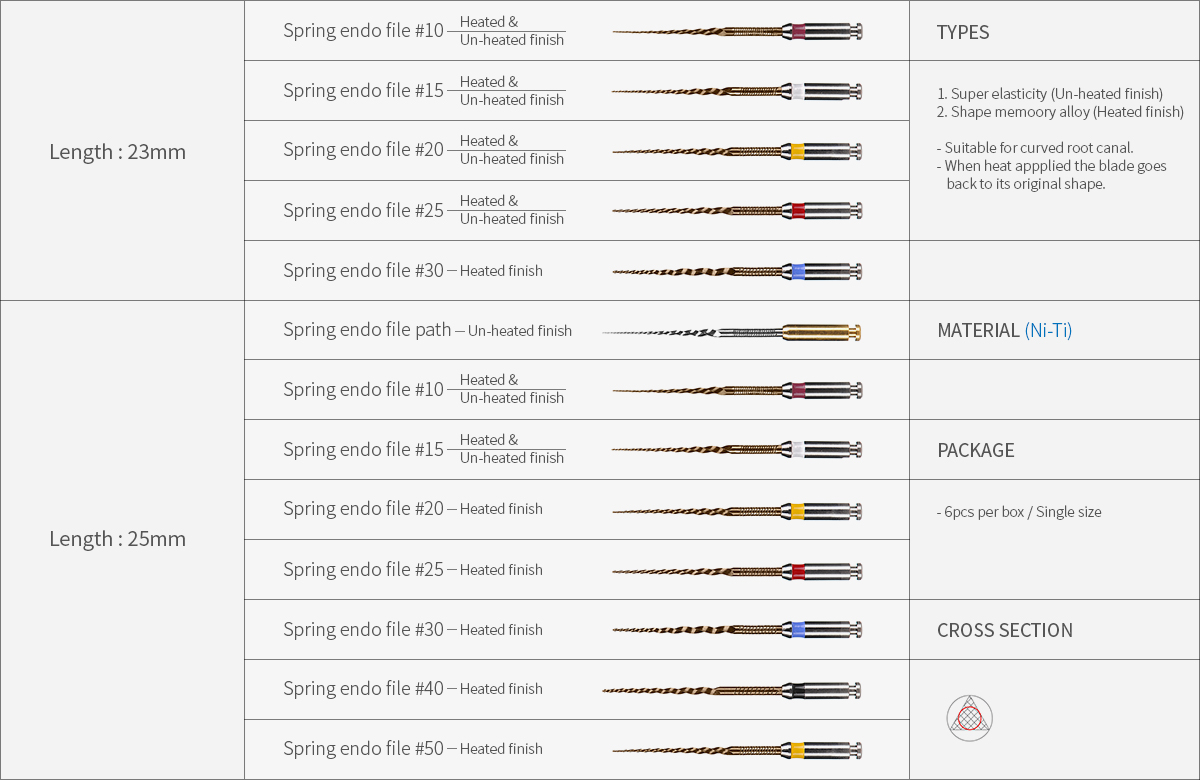